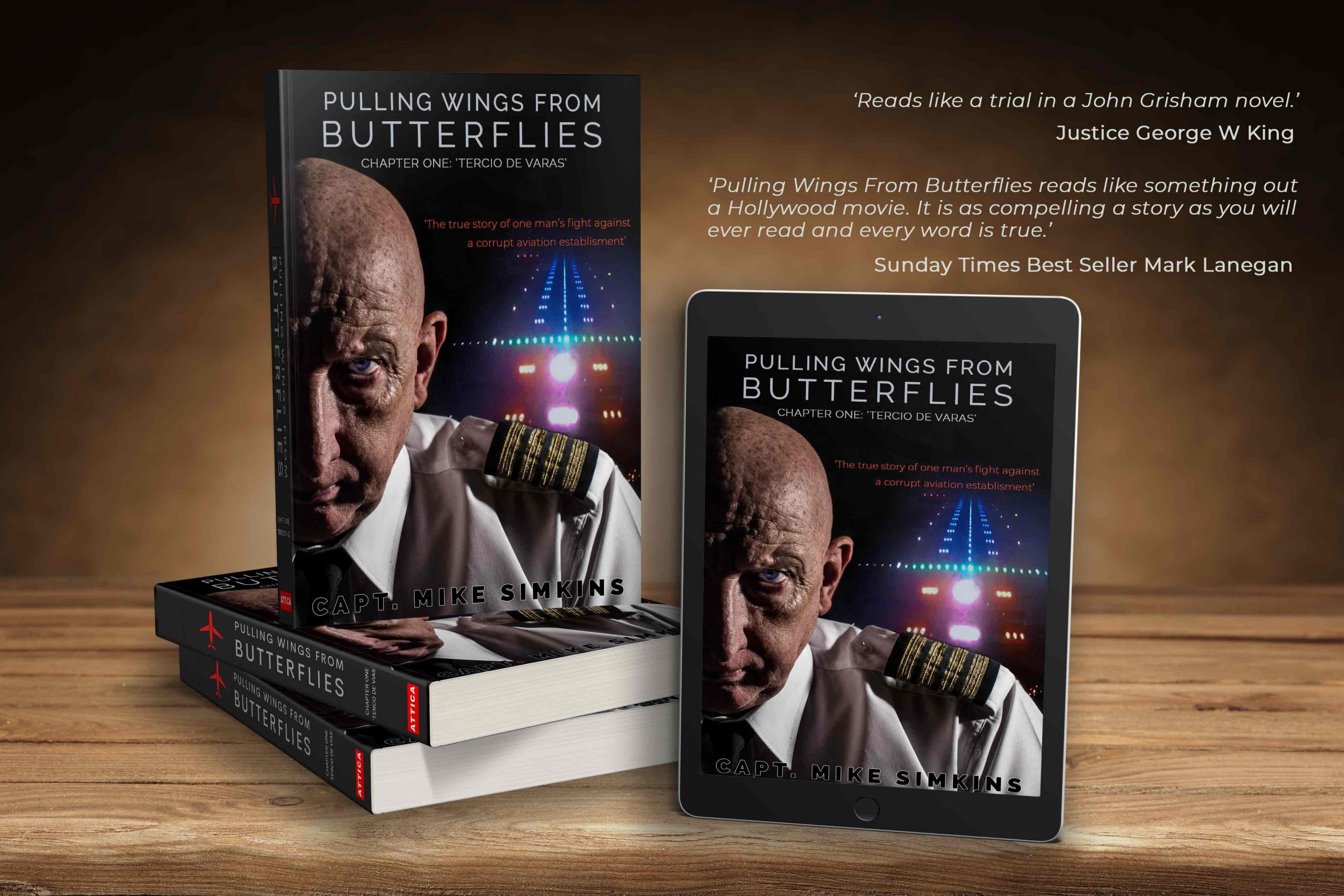 The forthcoming book ‘Pulling Wings From Butterflies’ is the true story of a Senior Airline Training Captain’s fight against the entire U.K. aviation establishment when he refused to compromise passenger safety in the pursuit of corporate greed.

The refusal to succumb to intimidation, bullying and threats of dismissal resulted in Capt. Mike Simkins, with zero legal training, standing alone facing the might of a Multibillion-Dollar Airline and its team of legal experts and advisors in a legal case that has defined the aviation industry. Based on personal experiences as a long haul airline captain, ‘Pulling Wings From Butterflies’ pulls back the veil to directly challenge the airline industry’s claim that, ‘Safety is the Number One Priority’, and charts a unique journey from rock drummer to airline commander, to his return to performing with one of rock music’s iconic singers on a major EU tour.

‘The limits on flight time and not flying when fatigued are clearly matters related to safety which, if breached, are potentially harmful to the health and safety of passengers and crew.’

‘Rules about maximum FDP and not flying whilst fatigued are made with the safety of crew and passengers in mind. If they are not complied with, there is an obvious increased risk to those flying.’

pilots asleep in the cockpit

43% of pilots in a BALPA study admitted unintentionally falling asleep in the cockpit.  For those that had 31% admitted to waking up to find the other pilot asleep.

The CAA however claim pilots only fall asleep in the cockpit once in every 100,000,000 hours. 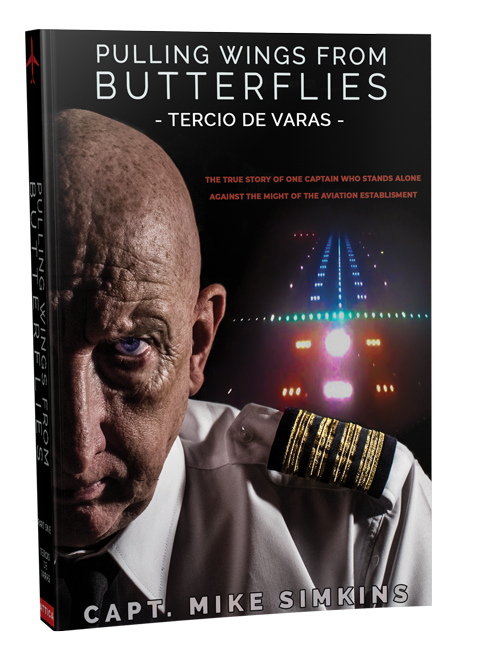 Two of the three pilots in the cockpit, (including the captain)  of an Airbus 330 were still asleep at 4000ft on final approach into Manchester. In another incident all three pilots were asleep over the Atlantic with 365 passengers on board.

What happened when one pilot just said no?

A Senior airline manager admits that 80-90% of pilots will agree to fly criminally planned duties in breach of legislation. Those that refuse to operate illegally and place passengers and crew at an ‘obvious increased risk’ are seen as ‘difficult.’

So why would 90% of professional pilots agree to fly when fatigued and knowingly commit a criminal act?

‘Fatigue has for many years been a worrying issue for pilots and it continues to be a huge concern across the industry today. Pilots have told BALPA they believe fatigue is now the biggest single threat to flight safety.’

Why did BALPA refuse to support a captain when he refused to agree to fly when at a fatigue level equivalent to the effectiveness of a drunk driver?

Against all medical advice and due to intense lobbying from Air France EASA increased the hours that a pilot can be rostered to fly.

The CAA is funded by those it is tasked with regulating. In its entire history not one airline has ever been prosecuted for breach of  legislation designed to protect passengers and crew safety.

Is this evidence of ‘Regulatory capture’ otherwise known as corruption?

A First Officer for Delta Airlines raised  serious safety issues with regards to fatigue and flight time limitation abuse directly to her management. She was warned by her union that her actions would risk reprisals if she did. Subsequently Delta paid a psychiatrist, now under investigation, over $70,000 who diagnosed, without any supporting evidence, the First Officer was Bipolar. The First Officer was grounded.

The pilots union claim that BALPA is there to ‘represent the interests of all UK pilots’. Pulling Wings from Butterflies examines the politics behind the reason the union failed to support a pilot’s legal case against a major UK airline for flagrant abuse of legislation designed to protect the safety of passengers and crew. The book also asks why subsequently the union withheld legal advice for action against the CAA for its failures on behalf of its members.

The book examines the effects of being awake for 19 hours and how this directly resulted in an Air Canada Airbus being 14 ft away from causing the biggest aviation tragedy in history in 2017 at San Francisco International.

The CAA, the UK Regulator, refuses to answer questions posed by senior pilots despite they are concerning serious flight safety issues. Instead they state they do not answer questions of only ‘academic interest.’ Pulling Wings from Butterflies exposes the involvement by the UK regulator in concealing criminal abuse by airline management that places passengers and crew at an obvious risk.

Pulling Wings from Butterflies also highlights how the author predicted, a year before it happened, the fatal air crash at Charles de Gaulle due to the insistence of the French controllers to give  instructions to French registered Aircraft in French. The practice continues.

The criterion line is the point where an individual is operating at the same fatigue level as if they are working during the day having had zero sleep the previous night. The driver responsible for causing the Selby Rail  disaster was jailed for 5 years for driving at that level of fatigue. The airline authorities claim that a pilot required to operate at that level of fatigue is a ‘reasonable management  instruction.’

Over 1000 downloads in only two days! To access the Simkins vs Thomas Cook Judgement please add your email address below.

Please add your name and email address and you will be sent the link to download the entire Judgement. We will also inform you of the date of the book release and how to order a signed copy.

Everyone makes ‘mistakes’, that is an accepted fact of life. However, when a organisation creates a culture where an individual is not obliged to be accountable or to take responsibility for their action or inaction and is free to act with impunity, then you have created an environment that is likely to attract further individuals who share those character traits. That organisation then becomes further prone to incompetence, corruption, and a propensity to act, irrespective of the constraints of legal, moral, or accepted practice due to the corrupt belief by individuals that those traits will be rewarded financially or via career advancement. The moment this becomes the prevalent culture then this organisation is ultimately condemned to fail.  If involved in the implementation and/or adherence of safety systems then this failure will ultimately be catastrophic.